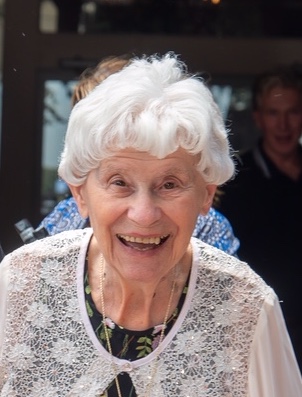 Born and raised in Washington D.C. and married Ken Turner in 1949 moving to Maryland.They were long time residents of Calvert County after Ken’s retirement.  She moved in with Carol and Andy after Ken’s death and finally moved to Haines City FL in 2015.  She is survived by her children, Carol (Andy) and Paul (Kathy) along with 4 grandchildren, Peggy (Hector), Olivia (Chris), Veronica (Greg) and Matthew, 2 great grandchildren, Miquel and Madelyn, and 4 step great grandchildren, Vincent, A.J., Christopher and Kelvin.  She was an avid Bingo player at the Lusby Senior Center, an activity which she continued after moving to Florida.  Her recent hobby was crocheting lap robes for Hospice.  She enjoyed the weekly trivia games at our neighborhood clubhouse.  She continued her love of traveling until her last years visiting Disneyland in California, Key West, and New Orleans glamping in Carol and Andy’s Airstream.  In 2018 we were able to take her on a cruise to the Panama Canal, a place she said she always wanted to see.  She will be greatly missed by all who knew and loved her.  In lieu of flowers, donations to Good Shepherd Hospice, 450 Arneson Avenue Auburndale FL 33823 would be appreciated.

Joanna was the sweetest most wonderful lady. Heaven has truly gained a jewel. Praying for peace and comfort for all who loved her.

Joanna was the sweetest most wonderful lady. Heaven has truly gained a jewel. Praying for peace and comfort for all who loved her.