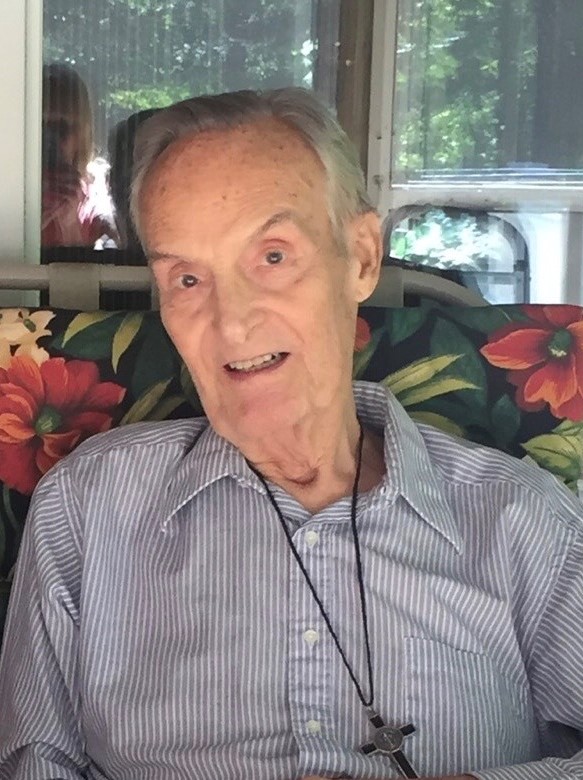 James Kleinheinz passed away October 24, 2020 at his home, surrounded by family. Jim was born in Wausau, WI to John and Alvina (Beidermann) Kleinheinz. He was the youngest of 10 children, having 1 brother and 8 sisters. Jim grew up in Wisconsin and attended Marquette University graduating with a Bachelor of Civil Engineering degree. He designed ships for the U.S. Navy for over 32 years and upon retirement consulted for John J. McMullen. He was a member of the American Society of Naval Engineers and the U.S. Hovercraft Society.

As a numbers guy, Jim loved to play cards. He was also an avid photographer and family historian. The grandkids have great memories of him making waves in the pool for them, riding tricycles in the basement, and playing games. He was a man of few words, but many puns, affectionately known as Jim jokes. He reveled in family gatherings, silly games, the annual family talent show, and loved his time with his dog, Gia.

Jim had a strong faith. As a member of St. Anthony’s Catholic Church in North Beach, he served as a Eucharistic minister for many years. He previously served on the Parish Council at St. Ambrose Catholic Church. Jim regularly attended Sunday Mass and all holy days of obligation. A devoted servant of God, he left this world a kinder, gentler place.

A private family service will be held to honor his beautiful life and legacy. In lieu of flowers please consider a donation in Jim’s memory to marciacourageinaction.org, a non-profit started by an extended family member (Marcia Cohen, sister of Mike Weiner) to provide support for cancer patients fighting their battle.