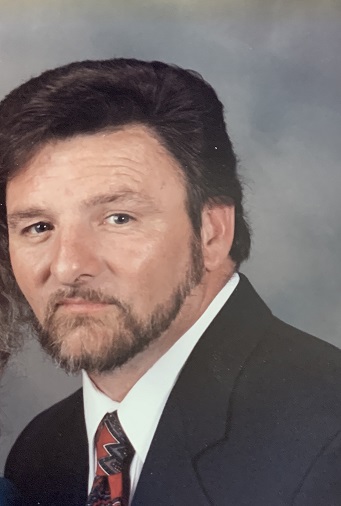 On Thursday 23 July 2020, James Arthur Dibble Jr, of Prince Frederick, Maryland, loving husband and father of four children, passed away at the age of 73.
Jim was born on December 31, 1946 in Potsdam, NY to James Sr and Margaret (Peggy) Dibble. His family moved to Benedict, Maryland in 1961 where he met his wife Ann 5 years later. “Best day of his life don’t you know.” Jim and Ann were married June 4, 1966 and raised three sons and lost their only daughter at birth.
Jim became a member of the Steamfitters Local 602 where he spent most of the career until his retirement. His main passion for hobbies was Bass Fishing. He went fishing with his family and good friends just 4 weeks before the Lord took him home. He was enthusiastic about golfing at the Chesapeake Gulf Club with the Chicago League where he made many wonderful friends and also his devotion to hunting with his sons.
He was preceded in death by his parents, James Arthur Sr and Margaret (Peggy) Dibble; his daughter Kristi Le Dibble; and his brothers, Donald and Richard Dibble.
He is survived by his wife Margaret (Ann) Dibble; his sons James William (Paula), Richard Paul (Melissa), and Joseph Alan Dibble; his grandchildren, Paul Dibble, Brittany Dibble, Jordan Dibble, LeeAnn Dibble, Cheyanne Washington, Vincent Dibble, Kristi Le Santiago, Quentin Dibble and Jacob Dibble; and his sister Sharon Stanley. He is also survived by eight Great Grandchildren.
Visitation will be held on Wednesday, July 29, 2020 from 10:00 AM to 12:00 PM at the Rausch Funeral Home at 4405 Broomes Island Rd, Port Republic, MD. A funeral service will be held immediately following the viewing at 12:00 PM at the same location. The burial will take place after service at the Central Cemetery, located on Rt 231 in Prince Frederick, Md.
Memorial contributions may be made to Calvert Hospice.

Dear Ann, and the loved ones of Jim,

So very sorry to learn of the loss if Jim. He was a great person and will be missed. As you grieve this loss, I pray that you find solice and comfort in the many beautiful memories you shared with Jim over the many years. May he rest in peace.

Aunt Ann I am so, so sorry to hear about Uncle Jimmie’s passing. My sincere condolences and prayers go out to you and the family back there. I wish I was closer to be able to give you a big hug. Lots of love, hugs and prayers. I will call again later to check on you. Love to all the family. ❤️🙏❤️🙏❤️🙏

My prayers and thoughts are with you all. He was the best big brother I could have had. I will miss him forever.
My he rest in peace.
Love you Jim always did always will. Until we meet again, your sister Linda

John and I are so sorry to hear of Mr. Dibble’s passing. We are sending our deepest condolences and prayers to Mrs. Ann Dibble and the entire family. May he rest in the deepest Peace in Heaven. John and Deborah Kelly, Jr.