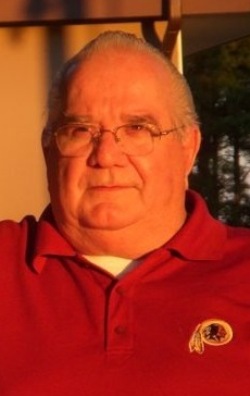 James Andrew Clarke, 70, formerly of Calvert County passed away at Atlantic General Hospital in Berlin, MD. He was born March 31, 1942 in Washington, D.C. to Joseph Enoch and Emma Catherine (Sydnor) Clarke. James was raised in Washington, D.C. where he attended St. Dominics School and Chamberlain High School. He enlisted in the United States Air Force on June 27, 1960 and was honorably discharged as an Airman 2nd Class on June 26, 1964. He then served his reserve obligation and was discharged on June 26, 1966. James was employed by PEPCO from 1968 to 2007, when he retired after thirty nine years as a maintenance supervisor. He lived in Calvert County from 1977 to 2002, and has lived in Berlin, MD since. James was a member of the American Legion Stallings-Williams Post 206 in Chesapeake Beach and the Southwest Alumni Association in Washington, D.C. In his leisure time, James enjoyed fishing, boating, travel, and going to the beach. Most of all, he enjoyed spending time with his family, children and grandchildren. He also enjoyed spending time with his friends at the Green Turtle in West Ocean City.

James was preceded in death by his parents, and by siblings Joseph and Betty Clarke and Patricia Monticett. He is survived by a son Wayne M. Clarke and wife Michelle of Exton, PA and a daughter Valerie A. Lawson of Huntingtown. He is also survived by grandchildren, Kaitlyn, Brooke and Haley Lawson and Courtney, Alexa and Rory Clarke; a brother Charles Clarke of Washington, MO; sisters Beverly Roberson of Asheboro, NC, Deretha Keefer of Port Tobacco, MD, Bonnie Windsor, Joann Overgard, both of Hertford, NC and Barbara Kerns of Pomfret, MD and step father Othus Mansfield of Hertford, NC.