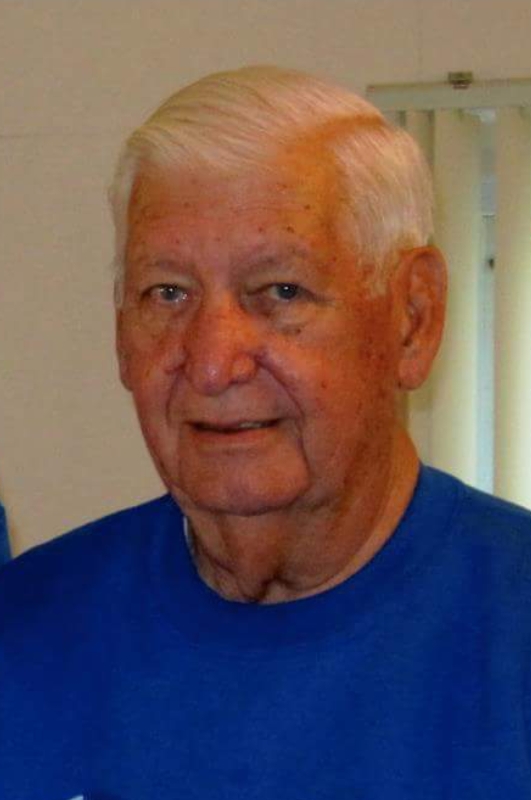 Howard Mansfield Sparks, Jr. (87) of Rosehaven, MD  died on December 16, 2019.  He was born June 6,1932 in Wilmington, DE to Ella Valeria Sparks (Warden) and Howard Mansfield Sparks, Sr.  Howard married Donna Lee Kurpjuweit of Ainsworth, NE in 1954. The two met at a USO dance and had many adventures over 40 years of marriage before she preceded him in death. Howard later married Irene Christakos, who welcomed him into her Greek Community and brought a light back into his life.  Irene also preceded him in death in 2012.

Howard was an Air Force veteran who flew recognizance missions in the Korean War.  After serving his country, he became an accomplished Systems Analyst for the National Oceanic and Atmospheric Administration (NOAA), working on many projects including GIS mapping solutions.  He was an avid golfer and after his retirement from NOAA, opened Custom Clubs at the Glendale Country Club.  For 27 years he made clubs, replaced grips, and was a beloved member of their golf community. Howard was also a member of the American Legion Stallings-Williams Post 206 and a member of the Masonic Centennial Lodge #174 A.F.& A.M. He loved the Chesapeake Bay,an avid waterman who enjoyed boating, fishing and crabbing.  He could often be found tinkering with a computer, a boat motor, or fixing things in his garage while whistling or listening to country music.  Howard will be remembered as a generous man who always had an open door to family, friends and those in need. He was also known for his mischievous ways and pranks that built a lifetime of memories and laughter with his friends Guice and Steve known as the Three Amigos.  Everybody has a memory of “that one time” with Howard.  Those will be cherished, and he will be missed.

Howard will be truly missed so sorry to hear of his passing. For all the years both my husband and myself have never met
such a nice and wonderful person. Our years of knowing him at Glenn Dale GC will never be forgotten .
We appreciate everything he ever did for us. God Rest his soul.

Please accept my condolences. I met Howard through golf at Glendale and was fortunate enough to play a few rounds with him. I am very sorry for yout loss

Howard was a very kind man and a superb Golf Fitter! He always had a friendly word and loved his dogs. His absence from Glenn Dale has been sorely missed. He will be in my thoughts and prayers. RIP kind gentleman!
Barry Grofic

One of the GREATEST guys I have ever had the pleasure of getting to know.
He was also a GREAT golf partner for years. Had a lot of fun together.
He will be missed by all who knew him.

My condolences for Howard’s passing. I have known Howard for many, many years at Glenn Dale. When he made my new golf clubs or fixed my broken ones, he shared spirit with such an ability to accept everyone and always share cheer and purpose. In my experiences with Howard, each and every day, he found a way to be kind and helpful. We were so blessed to know him. He was appreciated and will be well remembered, God Bless His Soul.

My most sincere condolences for Howard’s passing. He was one of the most kind and generous persons I know. I’ll never forget the trip he, Frank Donaty and I made to Pinehurst for the US Open and how Debbie and Tony opened up their home to us. That is such a great memory to me.

Howard was a great friend to me and my wife Roxanne. We’ll miss him this year at Christmas Eve dinner at Rip’s

I met Howard some 40 years ago, when I started playing at Glendale. What a great,humble, kind man. I never heard him say an unkind word to or about anyone.
Howard was a part of Glendale and when I say that I miss the course, it means Howard as well. R.I.P. and God bless you and your entire family.

I have known Howard for many years. Meeting him at Glen Dale was a fortunate moment for me. When my wife was diagnosed with cancer, Howard was one of the first to offer help with anything we needed..He was a great, classy person. We will miss him dearly… I will even miss how he would always beat me at golf. He will make a great playing partner in Heaven.

Howard was a Great Man and Friend to all. I first met Howard when he worked for a company called Service Argos over 30 years ago. I do believe it was his Second Career after retiring from his previous job. He was always cheerful and friendly to me when I met him and worked with the company. It was a shock to me to meet him later when I started to play golf at Glenn Dale. I never knew he had a passion for golf in playing and helping us hacks become better golfers. He truly loved to do the repairs and help us any way possible to make us better. Howard I am sorry to say I am still a Hack, but you never said a bad word about my golf game. Just smiled and shook his head when I would hit a bad shot and even when I hit a good shot. I will remember him always smiling and being followed around by his little dog. He was truly a Great Man and I personally will miss him like all the others will. To the Family I am sorry for your loss. All of us who had the honor or knowing Howard have lost a Great Friend and Great Golfing buddy and a Gentle Soul.

Worked with Howard at the Goddard Space Flight Center for many years, went on many a golf trip and played with
him at Glenn Dale weekly for years. Unforgettable memories. Quite a guy. To the family, especially Chip, sorry for
your loss. I was glad to know Howard and he surely will be missed.
Sincerely,

You had a great mind and a beautiful heart. Rest In Peace my friend!

Howard, was good friend of mine, we played golf at Glenn Dale every Tuesday for over 20 years. We traveled to Myrtle Beach Florida,Pennsylvania,Arizona to play golf. There were a lot times when hung out more then we should have at the Black Hole Bar, but we always got home and had a great time, I will think of him often, and hope that one day we will meet again.

Howard, was a good friend of mine, we played golf at Glenn Dale every Tuesday for over 25 years and a lot of fun at the Black Hole Bar after our round, always had a great time, but always got home safely. Traveled to Arizona Pennsylvania,Florida to meet friends hang out and of course to play golf. I will think of him often, and miss him greatly.Hopefully we will meet again.

So sorry to hear of Howard’s passing. He was a true gentleman. I will always remember our great golf trips to Pennsylvania and Myrtle Beach. His family is in our prayers.