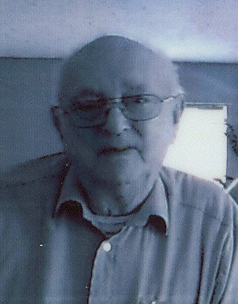 Francis Eugene “Ike” Eickhoff, 92, passed away October 9, 2019 at his residence surrounded by family. He was born January 16, 1927 in Victoria Township, IL to Harvey Martin and Altha Mae (Johnson) Eickhoff. When Ike turned 17, he left high school and joined the United States Navy. He served aboard the USS Monticello, the USS Blue Ridge, and the USS Remus during WWII. Ike was stationed in Brazil, New Caledonia, New Guinea, and the Philippines during the war and eventually sailed to New Orleans, LA following the war. Following his honorable discharge, Ike re-enlisted in 1947 and remained on active duty until his retirement on May 1, 1965. Ike married Nina May in 1948 and they lived in Upper Marlboro. Following his retirement from the Navy, Ike worked for Buffalo Concrete in Prince George’s County and Joseph Smith and Sons, retiring after 28 years. Ike was a member of the American Legion Stallings-Williams Post 206 in Chesapeake Beach and the North Beach Volunteer Fire Department. In his spare time, he enjoyed eating, watching Western movies, puzzles, and playing solitaire. He was also an avid fan of the Washington Redskins and Nationals.

Ike was preceded in death by his wife Nina May Eickhoff, daughter Diane Morris and 9 siblings. He is survived by his daughter Nancy Woodall of Upper Marlboro, grandchildren Stacy Thacker of Lusby and Jennifer Hunt of Chesapeake Beach, four great-grandchildren and a brother Gary Eickhoff.

Following the services, a reception will be held at North Beach Volunteer Fire Department.

So sorry for your loss ,he will be missed !

So sorry for your loss ,he will be missed !