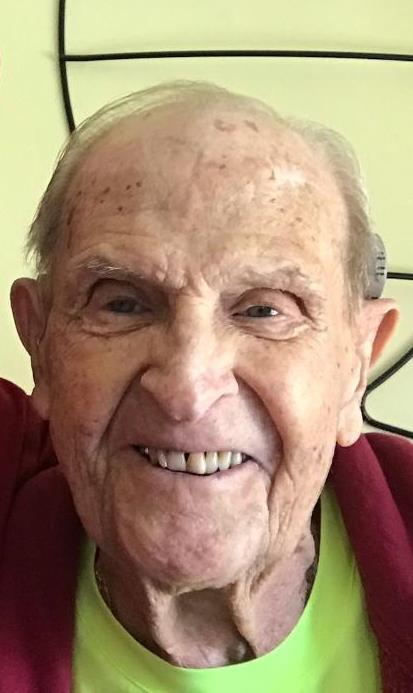 Ernest Ludwig Bernhardt, 91, of Owings passed away November 22, 2019 surrounded by family. He was born January 26, 1928 in Washington, D.C. to James A. and Florence Lenora (Norton) Bernhardt. He was employed with the Department of the Navy Chesapeake Division and as a construction manager with the Small Business Administration, retiring in 1986. After retirement Ernest held many side jobs before retiring for good at 78 years old. He married Dolores Stewart on August 4, 1951 and they lived in various places before settling in Bethany Beach, DE. Ernest has lived in Calvert County for the past seven years. He joined the US Navy in 1946 and was honorably discharged in 1948. Ernest loved sports, especially golf and was a fan of the Washington Redskins, Senators and Nationals.

In lieu of flowers donations in Ernest’s name may be made to St. Jude Children’s Research Hospital at the address and link below or to a charity of one’s choice.

The times that I got to hang out with Uncle Ernie, his house was always full with a bunch of family. He was always smiling. He and I would talk about football a lot. I always felt like I wanted to become a craftsman, and a hard worker, because that’s how he seemed to me, and I wanted him to be proud of who I’ve become. My love goes out to the family. This is never something easy to go through, but just always remember the good times. Remember his laugh, his smile, and his love.

Although I never had the pleasure of meeting Mr. Bernhardt, I know his son Don very well. By all indication of Dons’s character and integrity, Mr. Bernhardt was a great man of high principal, moral compass and the utmost dignity. It is never easy losing a parent even when they have lived an incredible life with an incredible legacy. God bless the Bernhardt family during this difficult time. Much love to you all.

Uncle Ernie loved deeply and it showed. He made me feel special whenever we saw each other, no matter how much time had passed. He never failed to send me a Christmas card full of hope and love and a wish to see me in the New Year. I will miss him.

We all walk our life paths and Ernest Bernhardt walked his path for miles and miles to complete his life mission on this Earth! Ernie didn’t miss a beat! He fathered and raised seven children and became a father in law, grandfather, great grandfather and great, great grandfather! Ernie is an awesome spirit and will be remembered by all that came into his life. May Ernie now earn his God-given star in the Heavens and shower his devotion amongst his family, friends and relations that moved on before him! Ernie was ready to go home and so he did move on. Now the family and friends will celebrate Ernie’s life and will never forget the man that added joys, education, memories, experiences to their own lives. May Ernie continue to do so much good through all of us who were touched by him. Thank you and Bless you Ernie for being the man you were in this lifetime! I am so honored to have been in your life! Heart hugs and peace to all the family members during the time of loss.

Rita: I only briefly met your father at a Giant Grocery Store and you introduced me to him. He did impress
me as a very nice man. My heart goes to you and your family such a loss and such a life well lived.
Maggie at Help Association.