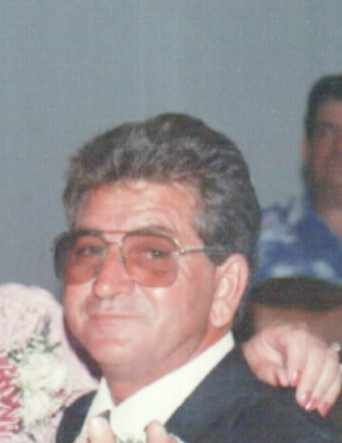 Edgar Russell Thomas, Sr., 80, of Dunkirk passed away October 31, 2020. He was born October 29, 1941 to Samuel and Elsie (Stallings) Thomas. Edgar grew up and graduated school in 1959 in Calvert County. He enjoyed going to the American Legion for dinners and dancing. With family he farmed tobacco but also worked as an equipment operator eventually retiring from Southern Maryland Cable. After retiring his passion was Garden Tractor pulling. He, his wife, son and friends built a pulling track on their property and hosted, along with the Chesapeake Garden Tractor Pullers, many pulls for adults and children. He really enjoyed seeing others participate and have fun. He was a very generous person and will be missed dearly.

I am so sorry to hear that you lost Edgar Russell. I did not realize he was sick. I will miss seeing him at our reunions. I am in Florida now but will be home on the 9th and hope to be able to attend the service. Mary Gott

Emily and family,
So sorry to hear of the loss of Edgar Russell. Always had a smile and something nice to say. Will never forget him.
My deepest sympathy to you and your family.

I can’t put into words how much I will miss this fine man. He was our energizer bunny at the tractor pulls. He will be missed by so many.

My thoughts and prayers are with you and your family during this difficult time.

Truly sorry to hear about Edgar. I will certainly miss all the laughs and great times we shared on Friday nights at Abner’s Crabhouse. He was a true friend to Sam and I. Sending prayers 🙏 and condolences to you and your family. Much love❤️. MJ and Sam Chaney

I am so sorry to hear about Edgar Russell, I missed him and Emily so much. I love them both very much. Prayers for family.

My heart along with my mom’s Hattie Rickett is broken, Edgar Russell was a great man and we loved him and Emily very much. Prayers for the family.

Met Edgar and his Family through a mutual Friend. Kind hearted, Fun-loving family.
We had a brief time together. There was a lot fun and tractor pulls on the property.
Treasured memories I will never forget.
One smart and sharp fella.
It is our Loss. He will truly be missed.