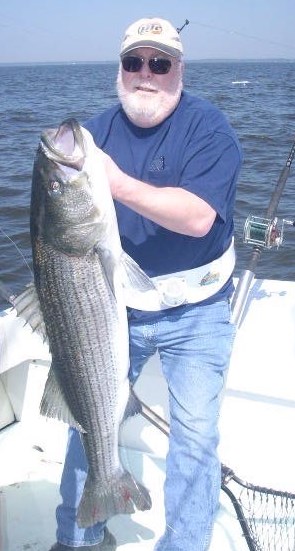 Beloved father and friend, Douglas (Doug) S. Harry passed away on December 8, 2019. He was born on July 5, 1954 in Baltimore City, MD to Donald and Edith Harry.

Doug had an accomplished 30 year career as a civilian worker in the United States Navy, where he worked his way up to the highest civilian ranking. Doug was known for his sense of humor and witty charm, he lived life to the fullest through simple pleasures, including sitting by the water, fishing with his sons, celebrations with his loved ones and playing with his dog.

Doug is survived by his two sons and their wives, Derek Harry (Nikita) and Jeremy Harry (Kelsey).

To the Family, my deepest condolences to both you boys and your families and all of Dougs friends. I’m so sorry. The last time I visited Doug was many years ago with Matt Calvin. May they all; Doug, Don, MB & Matt be fishing and having their Cocktails! RIP Doug.

Derek and Jeremy,
I was so sad to hear that Doug had passed away. I just found out about it this morning (Dec 15), or I would have been at the Pier for his memorial. Doug was very good to me in the IG Office on base, and was a good friend. I know he loved you boys and his dog. RIP Doug!