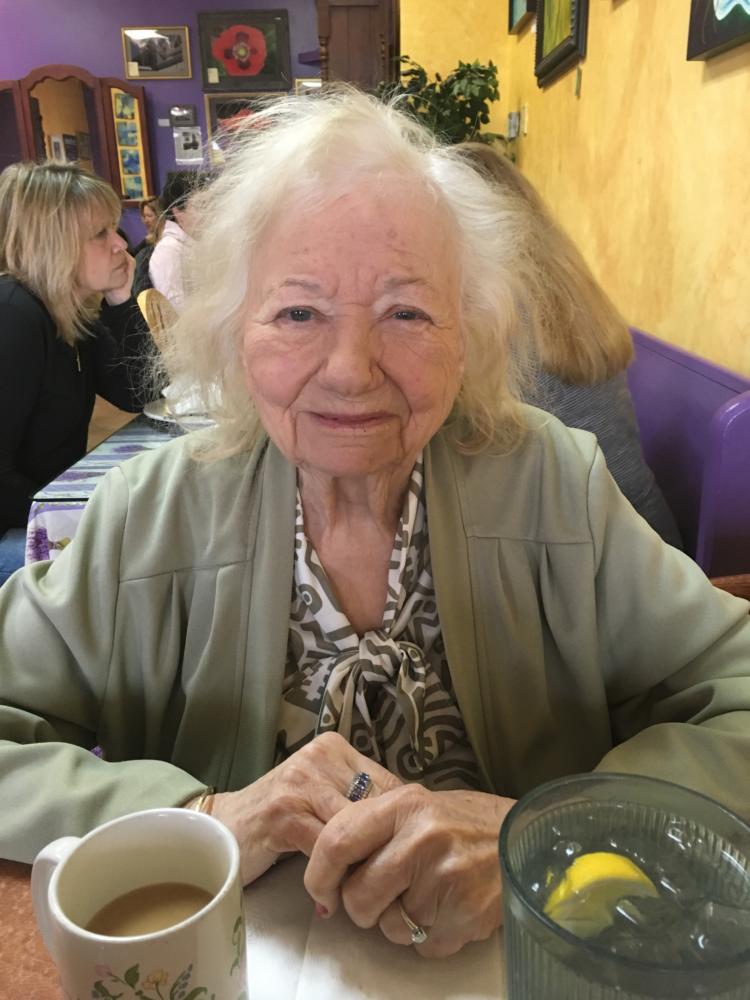 Dolly lived a full life through most of the past century. Born during the depression, she lived through many historical times: World War II, Korean War, Cold War, and Vietnam War. She was born to Gilbert (Tom) Agee Tribby and Marie (Mary/Mimi) Bertha Ida Yassel Tribby on December 14, 1928 at Walter Reed Hospital in Washington, DC. She grew up in Northern Virginia and later moved to Maryland where she lived most of her life. She graduated from McKinley High School in Washington, DC in 1947. She married Gerald E. Niewenhous in 1947 and the union produced three children, Gerald (Gerry Jr.), Laura, and Elizabeth (Beth). Dolly never forgot a birthday, anniversary, accomplishment, or holiday. She was generous to her family, community, and the many causes important to her. Dolly gave her family gifts and cards for all occasions – her way of saying “I love you.” As the matriarch of her family, one of her favorite things to do was to host parties to celebrate, socialize and keep the family connections close. Service was an important pillar in her life. She served her family and community with love and enthusiasm. She was a patriot and a proud member of the Daughters of the American Revolution, American Legion, Rose Haven Civic Association, National Association of Retired Federal Employees, Goochland County Historical Society, Vietnam Memorial, and the Association for Preservation of Historic Congressional Cemetery.

Dolly was smart, intuitive, kind, very generous, and enjoyed life to its fullest. She had a successful career as an executive secretary in the US Government that she began while enrolled in high school at age 16, around 1944 until retirement in 1994. She worked for HHS, NIH, and other federal agencies. She excelled at her craft and won many awards for her competence and proficiency.

She always looked at the bright side of life. She was brave, unflinching and unwavering in her faith towards God, even in the darkest, most painful times when she lost her two children. Her son Gerald Niewenhous (Gerry) KIA in Vietnam and her daughter Elizabeth N. Lee (Beth) predecease her.

My sincere condolences to Mama D’s family! Bless her dear, sweet heart! I will miss her. God rest her soul.

My sincere condolences to Mama D’s family! Bless her dear, sweet heart! I will miss her. God rest her soul.