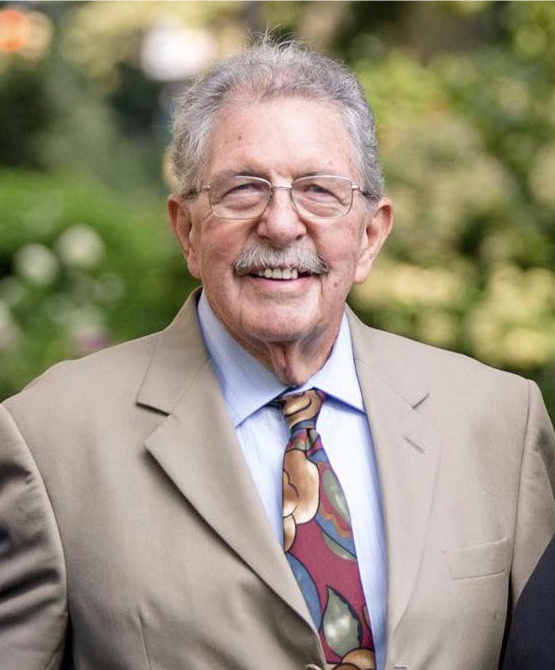 Beloved husband, father, and grandfather David Monroe Van Hoy III passed away on Friday, July 24th, 2020 after spending 80 wonderful years of life on this earth. He was born in 1940 to David Monroe Van Hoy Jr. and Frances Sutton, and raised in North Carolina, where he met his beautiful wife Lorraine, before moving to Maryland and starting a family of three lovely daughters, and later many wonderful grandchildren. A jack-of-all-trades, he was a bookbinder and worked for the CIA before pursuing a career as a real estate broker and opening his own real estate business, which became a staple of the Calvert County community. After retiring, he and his wife spent their time RVing to warmer weather, creating lasting memories.

In lieu of flowers, contributions in David’s name may be made to The Salvation Army or St. Jude Children’s Research Hosptal.

The services for David will be live steamed on the Rausch Funeral Home Facebook page on Friday at 9:55  A.M. Services will begin at 10:00 A.M.

Lorraine, to you and the family,
It was a sad moment when I learned of David’s passing. I could not help but revisit the three or more weekly visits to Van Hoy Real Estate for all those years, where we all shared many laughs and actually got to do some serious real estate business! Please know my thoughts and prayers are with you all at this time.
george

Aunt Lorraine, Lori,Diane,and Sandy Uncle David was a great man and will be missed dearly. He was a wonderful man I’m so sorry for you loss and all my love and prayers to you at this time.

Bill and I were so fortunate to have known David. We so enjoyed his quiet, subtle sense of humor. He always had a smile on his face and will forever be remembered as part of our Sugarloaf family. Our condolences to Lorraine and his lovely daughters and grandchildren. We will miss him. Ruth and Bill

The pleasure of knowing David and being considered his friend will always be treasured. His presence will forever be missed. Our love and condolences Lorraine to you and your family. Jerry, Sandi, Shauna, and Lexie

Lorraine and all of your beautiful family, It was such a pleasure getting to know David and his wonderful quiet, caring personality. Tom and I often talk about David and our KOA family. He will be sadly missed by so many. Much love, peace and strength!! Pat and Tom Maxon

David was a kind and gentle man . Whenever we sat around talking over various topics he always wanted to understand a point of view particularly if it differed from his. His dry sense of humor was abundant especially when he sat with his brothers or friends. His pride and love for his family was apparent in all that he did. We will miss David and offer condolences and happy memories that we have shared with him.

You were a dad to me when I needed family more than ever. You and Loraine always invited me to stay and be a part of the family. You always had a big smile and an encouraging word. You made me feel comfortable and loved. You always knew how to have fun and could hang with the all of us! You will be missed I have no doubt but I know you will always be watching over all of your daughters, family and Loraine. You were LOVED ❤️. I am forever grateful to have had you and the entire Van Hoy family in my life. Sandy was and will always be my best friend. The Van Hoy family will always be MY second family!

Loraine, having met you and Dave for a few yrs now, Delores and I are saddened for the passing of Dave…We enjoyed our many times seeing you at the races and visiting your home..May God comfort you and your family at this time of sorrow…GOD BLESS YOU. Chuck & Delores Ramsey….

Lorraine and all of your family. John and I send you all our love and prayers as you go this this sad time. David was such a kind and gentle person, always a gentlemen. It was such a joy spending time with you both with all our camping friends. It is with great sadness, but I know God has a special place for him in heaven and he will always be in our memories.

David was a wonderful man & will be missed dearly. Living so far away I didn’t get to be with ya’ll as often as I would like but the times we were will linger in my memory forever. My sympathy to you and all your family.

Lorraine and your girls. I am so sorry for your loss. David was such a happy and sweet man. My Mom deeply loved you both, and so do I. I would give anything to be at his service, but, unfortunately, that’s impossible for me right now. Lorraine, I love you and you are in my thoughts and prayers.

We are so sorry for the loss of this wonderful man. We always enjoyed the great times spent together. We will miss him and his warm smile. Our thoughts and prayers to Lorraine and family.

Van Hoy Family, all of you attended my mother’s funeral on February 26, 2020. Never in my wildest thoughts did I vision myself attending David’s Funeral this week! We played together as children and stayed in each other’s home, oh the good times we had! We parted ways when we became of age, but I never forgot your friendship and kindness! I’m going to be with you this week and always know that I love each of you with all that is in me! It’s sad loosing family, but God’s plan cannot be changed, our only recourse is to continue to March hand and hand with Jesus until he calls us home!

David’s memories will be our blessings. I served with David on the southern Maryland Association of Realtors Board of Directors for many years. He was a true gentleman and professional! R. I. P.

Lorraine and family, on behalf of our entire company, I would like to express my deep sympathy on the loss of David. He was a kind man, gentle and friendly. He contributed greatly to the successful real estate business in Southern M.D., and was a friend, owner, Broker to many people over the years.
His legacy will surely live on through your beautiful family.

Lorraine and family,
My deepest sympathy on your loss. Dave was friendly, compassionate, fair and had a wonderful sense of humor.
Dave made my life better for knowing him.
Mary Lou Robinson

Connie and I will always remember our moments of joy with Dave during our times together at the race track. We never heard an unkind word come from him and he always had a smile on his face. He will be missed but my goodness what a support group, Lorraine, you have. We send our strongest and heart felt condolences. Ronnie and Connie

Lorraine and entire family. David and you raised a wonderful family, and the warmth and love you taught and portrayed was felt by many. Your entire family welcomed everyone with open arms and acceptance everytime someone came around. Those memories of all our ventures are, and will forever be one of my favorite times. Whether it was DC,
Delaware, New Jersey, California, or your home, we always seemed to enjoy whereever we were. This speaks highly of each of you, and please know how much I appreciate and love you for allowing me to have been a part of those precious memories. David will be sorely missed. I want each of you to know that you will be in my thoughts and prayers during these days and weeks to follow. I love you all, and am with you in my heart and mind just wish I could be there physically. Always, Karen

Sandy and family, I have heard it said – We will all pass away from this life, according to the Good Lord’s plan, and it is the bonds we cement with our relatives and close friends, molded by the character of the life of the loved one now gone, that gets us through the grieving period. From the Nam Knights of America MC, Old Line Chapter please know we are here for you in this very tough time. May you find peace in celebrating your Father’s life and comfort in his entrance through Heaven’s gate.

All our love and prayers for Aunt Loraine, Lori, Diane, Sandy and the entire Van Hoy family. Uncle David was one of a sweetest, kindest people and we loved him dearly. He always had a smile and wonderful conversation for all he met. We so enjoyed our time with family in Maryland and your visits with us in North Carolina. He was a true southern gentleman with a huge heart – We will miss him terribly and will continue to pray for peace for the family. ALL OUR LOVE!!!

Lorraine, Dolly and I are so sorry for your loss. You and David have been great and loyal clients for all these many years. But we hope you know that you are also so much more; we have always considered you and David dear friends and like family. David was such a kind and gentle soul, we will miss him terribly. We know you have so much hitting you right now, but when things settle down, please reach out with any questions, or anything at all that you need. Diane, our condolences to you as well; as Dolly and I appreciate the chance we had to help you when you were our client. Lori and Sandy, our condolences to you both also. Your dad was a wonderful man.

Sam and I have known Dave and Lorraine for over 50 years starting by living next door to them for 11 years before both of our families moved to Calvert County. They have been very good and dear friends. We send our deepest sympathy to you Lorraine and know that we will miss Dave very much.

Dear Lorraine and family,
We were so saddened to hear of David’s passing. We were blessed with the pleasure of working with David over the years in real estate. He always had kind words and a smile for everyone. He just had the kindest soul. We know he is at peace now and resting with our Heavenly Father. May the love and memories in your heart help heal your loss. God Bless you and your family. With deepest sympathy, Stacy & Devon Van Tassel