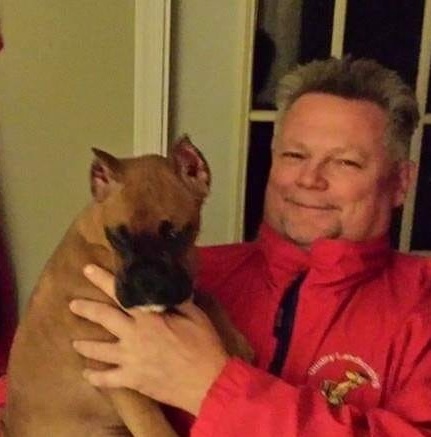 David E. Pardoe, 58, of Broomes Island, Maryland passed away on December 25, 2019 in his home. He was born on January 27, 1961 in Prince Frederick, Maryland to the late Eugene L and Gladys Green Pardoe. He was also preceded in death by his sister, Geraldine Pardoe and a Great Niece, Arielle Bowen.
David was a hard worker, and was the Owner/ Operator of Quality Landscape and Excavating for over 30 years. He had a lot of close friends and family that he enjoyed trips with especially snowmobiling in Michigan and camping. He was a thrill seeker. He loved his dogs, Rocky and Rusty, which he called his boys.
David is survived by a Niece, Kimberly Wall and her husband John, a Nephew, Steven Ostenso, Great Nieces and Nephews: Brittany, Branden, and Samantha Johnson and a Great Great nephew Noah Wills. David is also survived by his extended family, The Pitchers.
Friends and Family will be received on Tuesday December 31, 2019 from 10 till the time of the
Funeral Service at 12 Noon in the Rausch Funeral Home, 4405 Broomes Island Road, Port Republic, MD. Interment will follow in Broomes Island Cemetery. Memorial contributions may be made to either Alzheimer’s Association or the American Heart Association

Dave will be missed by all of us at the Calvert County Environmental Health Office. He was a pleasure to work with and we will miss him.

Dave was an amazing guy, with an infectious laugh!! He was a hard worker and was always there to help a friend!! He will be greatly missed!! Thank you Dave for everything you’ve done to help me and my kids! Rest in peace!!

Rest In Eternal Peace David (Duke)
I’m sure by now you have everyone in heaven laughing.
You will never be forgotten.
From that laugh and how you always said what you were thinking.
Seldom if ever with a filter.
You were usually heard before you were seen.
And were so funny you always made sure everyone around you laughed and had a good time.
I will always remember all of our crazy times in and out school.
Rest easy Duke and don’t get kicked out of heaven.
Until we meet again
Love and hugs