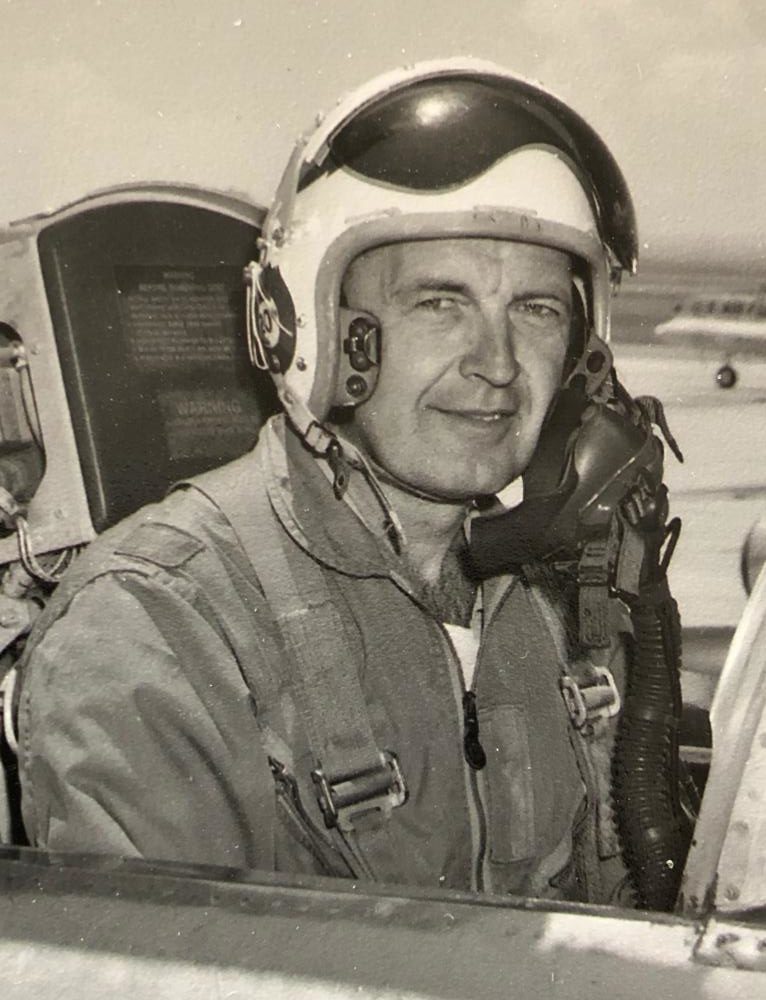 Kermit grew up in Los Angeles, CA, and went on to graduate from the United States Military Academy, West Point, in 1940. During his 22 year career in the military, he served first in the Army Air Corp and then the United States Air Force, flying more than 40 different planes at that time. During WWII, Kermit was Commander of Air Defense Sectors in Africa, Sardinia, South France, and Italy. Following the war, he was stationed at the Pentagon, and at AF bases in Canada, Missouri (Richards-Gebaur AFB), and Colorado (Ent AFB). Throughout his post-war military service, he was actively involved with The North American Aerospace Defense Command (NORAD).  Following his military career, Kermit became Director of Operations at Rockwell International until his retirement at which time he and Bobbe moved to Calvert Co., MD.

Kermit had many interests, a sharp wit and he was a natural-born leader. He was an expert marksman and won countless awards as a member of various pistol teams (including at West Point). He was always an active member and leader of the community associations where the family lived, most recently in McLean and Lusby. Kermit was especially passionate about his involvement in West Point alumni affairs and was President of his class (Class of ’40) for many years. In May 2018, Kermit led the alumni parade as the oldest living USMA graduate. Kermit and Bobbe were also long-time members and very active with their beloved Solomon’s Island Yacht Club, forging many lasting friendships in their senior years.

Kermit was a loving husband, father, and grandfather. Family gatherings were very important to him and he provided wonderful opportunities for family members to enjoy each other and stay connected.

A Celebration of Life service will be held on Thursday, June 13, 2019, at 11 a.m. in the Asbury Solomons Auditorium, 11100 Asbury Circle, Solomons, MD 20688 with Rev. Charles Harrell officiating. Interment will take place at Arlington National Cemetery at a later date. In lieu of flowers, the family asks for contributions to be made to the United State Military Academy “Long Gray Line Fund”, www.westpointaog.org/waystogive or the Benevolent Fund at Asbury Solomons.

I never had what would have been a distinct pleasure to meet this gentleman. But, anyone who did know him can take a great deal of pride in it. What a wonderfully exciting life he must have lived in his 104 years. My sincere condolences to his family and friends. God Bless you all.