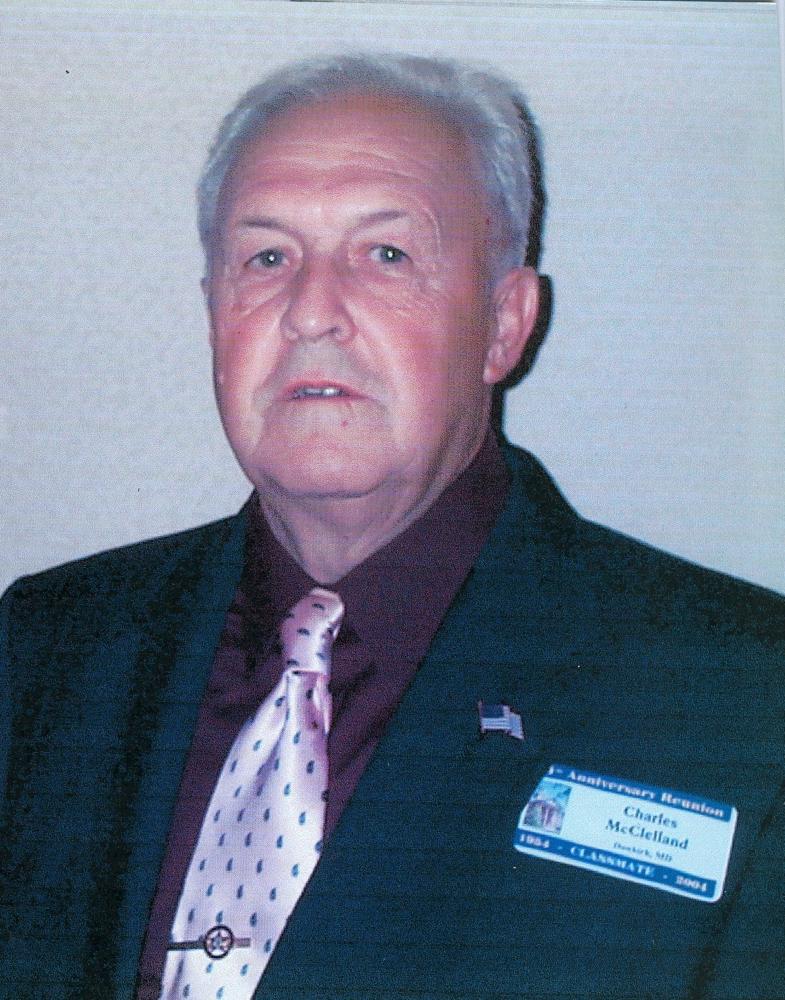 Charles Merle McClelland, 84, of Dunkirk passed away January 2, 2020. He was born November 18, 1935 to Helen McClelland Olewine. Charles was raised in the Altoona, PA area and graduated from Hollidaysburg High School in 1954. He served in the United States Marines from 1954-1957 as a Filed Radio Operator and received the National Defense Service Medal and Good Conduct Medal. He married Gloria Jane Kensinger on August 10, 1957, and they made their home in various places in Maryland since 1961. His working career has included various places, starting in his hometown of Altoona, PA at Puritan Sportswear from 1957 to 1961. Charles then worked at Wonder Bakery in Washington, D.C. from 1961 to 1964. He retired from the Washington Metropolitan Police Department, serving from 1964 to 1984, and then served at the Library of Congress Police Department from 1985 and retired in 2002. He returned to work as a security officer at the Upper Marlboro Court House for Prince George’s County Sheriff’s Department from 2006 until his retirement in 2014.

I know I never met you as I did not find Dad and Mom until 2 years ago. However, I heard wonderful things about you since our first meeting. Thoughts and prayers for you family!

Mr Charlie was a very nice person always helping people. Mr Charlie will be missed. I worked in the court annex building in upper Marlboro with him.