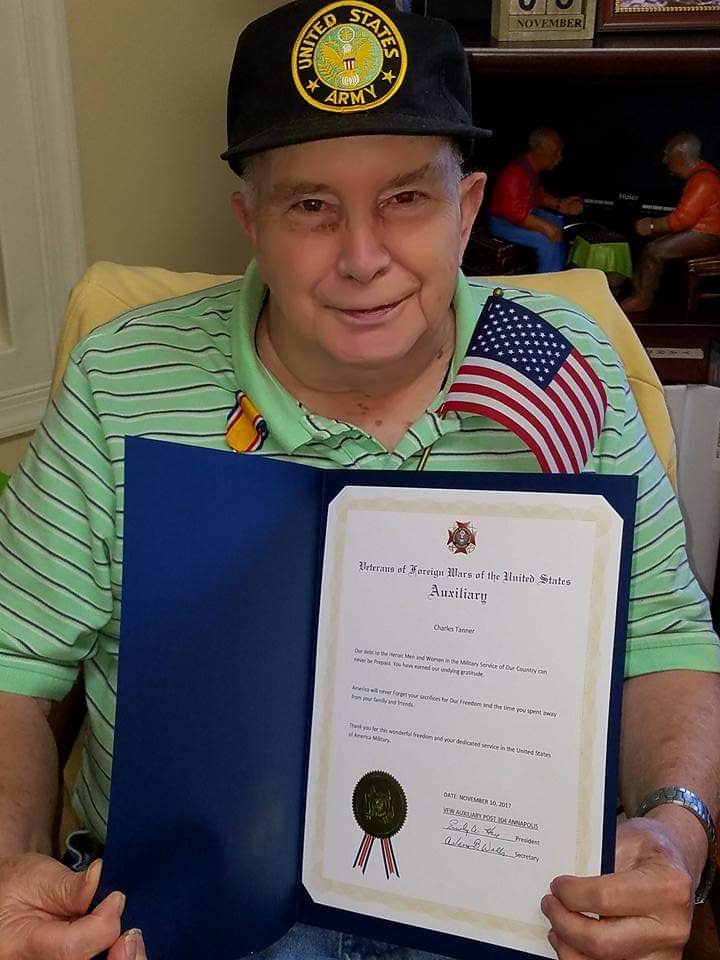 Charles Edward Tanner, 85, was peacefully delivered to our Lord on October 28, in Deale, Maryland. Born August 24, 1935 in Putnam County West Virginia to the late John Henry and Mable Irene (Mash) Tanner. Mr. Tanner was a proud US Army veteran, an award-winning Washington Post newspaper carrier, and a deacon at Montrose Baptist Church for many years.

Preceding him in death is his wife of 38 years Barbara Lorraine Tanner and two grandchildren Catherine Lorraine and Mason Graham.

He will never be forgotten and forever have a place in my heart
<3
Best Dad ever, who else would have taken on 4 girls work 2 jobs when needed and had such a Big Heart and always so tender and loving to everyone <3

Dear Tammy, Mary Jane ,Debby and family ,
May you forever hold on to the cherished memories and I pray that the memories bring you joy and laughter . When the days become unbearable just think back on the sweet memories and know that Uncle Charles loved each of you so very much. May God give you all peace and comfort during the days ahead .
Love you all , Barbara ( Goldie ‘s daughter )

He was one very special Dad to my sisters and myself, softy spoken and very slow to anger <3

I worked with Charlie and he always brightens my day by lending a helpful hand with a smile. He anticipates my needs and excels at his work. He works quietly but springs into action whenever needed with a joyful heart.
He is one of a kind and not easy to forget even after so many years.

Charlie you will be greatly missed. Your twinkling eyes and your funny smile whenever you were amused by someone or something that was said. We know you are at peace in the arms of our Lord and Savior, Jesus Christ. Barbara and Mason are waiting to welcome you.
Tammy I KNOW how much you loved and cared for you daddy every day. How devoted you were to your him and how much you, Mac, Paul and Michael will miss him. How much all his family will miss him and thankful for all the support Mac and Mary Jane and everyone showed.
All our love and prayers
Irene & Ernie

Charlie worked for me for over 10 years. He was such a kind soul, and a true gentleman. He was never one to complain about anything. I can’t ever remember hearing Charlie speak an unkind word the whole time I knew him. Charlie was always thankful and content with what he had. Charlie had an excellent work ethic and would work hard from sunrise to sunset. I was very sad to hear of his passing. My sincere condolences to his family during this time.