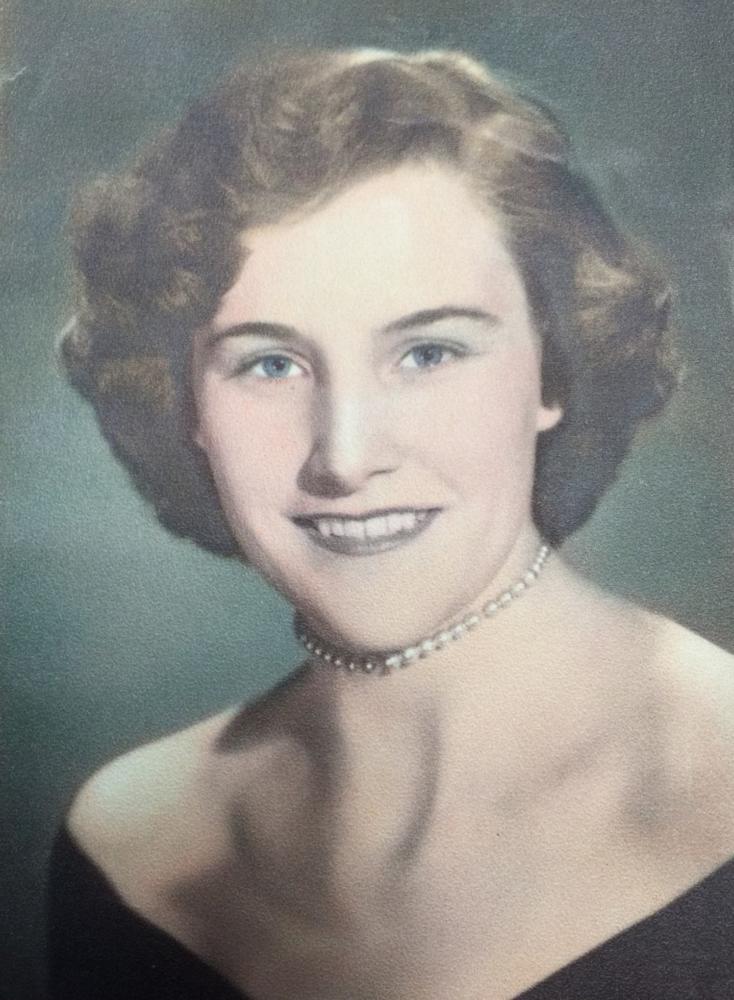 Carolyn Trott Gordy, 85, of Chesapeake Beach passed away September 6, 2020 at her residence surrounded by family. She was born October 29, 1934 in Dunkirk to Wayne and Nellie Trott. Carolyn grew up in Calvert County and graduated from Calvert High School in 1953. She married Wayne Gordy on February 12, 1955 and traveled with him to Fort Jackson, Fort Knox, and Fort Riley before moving back to Chesapeake Beach when Wayne was transferred overseas. Carolyn was employed as a school bus driver for Calvert County Public Schools and retired after 40 years of service. She also owned and operated C&W Crafts and Flowers with Wayne for many years, specializing in silk flower arrangements. She was a member of the North Beach Volunteer Fire Department Ladies Auxiliary for 39 years, joining in 1981. Carolyn served as treasurer for 10 years and also served on the fundraising committee during her time in the auxiliary. Carolyn was a devoted wife, mother, and grandmother who was very loving and had a kind soul and big heart. She was always willing to do whatever her grandchildren desired, from playing Legos to letting them tag along to pick up kids on the school bus to going to Walmart for CD’s. She loved spending time with her family. Carolyn was very athletic and enjoyed playing softball and basketball. She also enjoyed traveling, fishing, and camping when her children were younger.

By thoughts and prayers are with you. Love, Diane Babcock

Wayne, I am so sorry for your grief over the death of your sweet wife Carolyn. May the love and comfort of your family and friends help you through this difficult time.

To Wayne & family,
My deepest sympathy for your loss. I will always remember Carolyn as a kind and very friendly person.
Her & Wayne would do craft shows together and show off their beautiful floral arrangements.
She worked hard for the North Beach Auxiliary.
May you all remember the good & special times you shared.
She is in heaven with Robby smiling down on us.
May she rest in peace.

Thoughts And Prayers for the Gordy family

My deepest condolences. Carolyn was a sweet wonderful person. I had the opportunity to cross paths with her many many times. We were in the Ladies aux in North Beach together. She attended the Fishing Fair festival as a family friend many years ago. My prayers are with Wayne and the rest of the family. I have nothing but sweet thoughts and memories of Carolyn. God bless and many prayers.

Carolyn was just a great gal. I played ball with her and we were bus driving buddies for years. She will be missed by her family and friends.

Wayne, deepest sympathies on the loss of Miss Carolyn. I will be sure and tell my mother, Betty Cawthorne.
Praying for comfort for the family.

Wayne, our thoughts and prayers are with you. Such a wonderful lady. We will miss her.
Bill and Gail Hatfield

My deepest sympathy to Wayne and the entire family. She was a wonderful lady.

To Wayne and the Gordy’s Family sorry to hear about her passing . I used to look forward to waiting on her at Giant #146 .

On behalf of the Calvert County School Bus Drivers I would like to share our condolences with Carolyn’s family… She will be missed by many. The students, contractors, and bus drivers alike. Carolyn has been noted for being a very pleasant, soft-spoken woman by her friends and co-workers. She was also known to be an excellent bus driver who drove for many years. So very sorry for your loss. God bless.