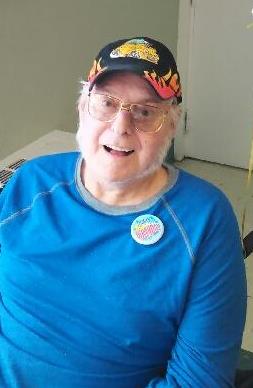 Bex “Butch” MacDonald Kennard, Jr., passed away on Monday, December 9th, 2019, at Calvert Health Medical Center in Prince Frederick, MD.  He was preceded in death by his wife of 36 years Janet “Jeri”, son Bex “Butch” III and his parents Bex Sr and Oleta Kennard.  He is survived by his two daughters, Deborah Carter and Dawn Murvin (Kenneth); his grandchildren Robert Sr., Heather and Bex “Brandon” IV; great-grandchildren Kaitlin, Robert Jr., Hailee and Dellaraye; and his childhood friend John H. Pearson.  Viewing will be on Saturday December 14, from 10 AM until the time of service at 11:30 AM followed by a private burial service.  In lieu of flowers a donation can be made in his name to the American Heart Association.

Dawn and family sending you prayers and condolences at this sorrowful time. God rreceived another Angel today. May your dad rest in peace
Carolyn Schmidt