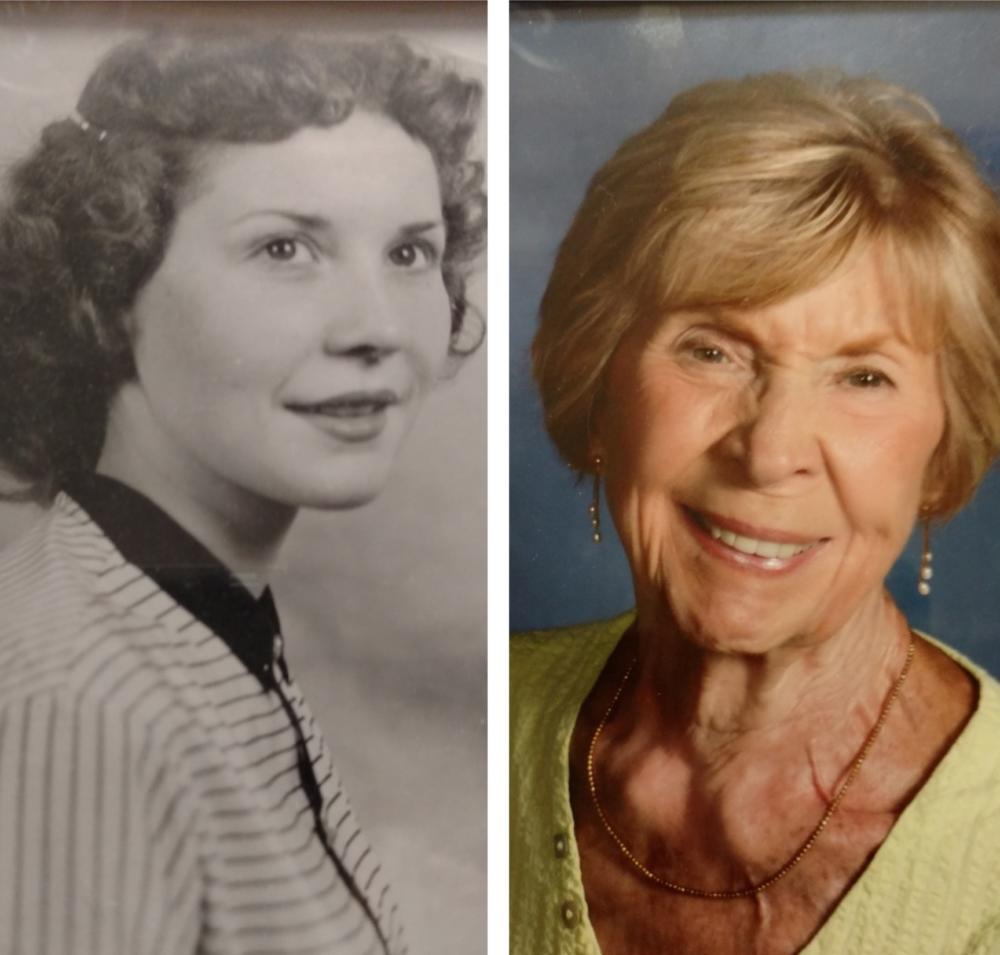 Barbara Mae McCashin, lovingly known as “MeMe”, passed away December 16, 2019 at the age of 84. She was born September 17, 1935 in Raleigh, NC to Marvin D. and Frances (Blakely) Allen. Barbara was raised in Washington, D.C. and graduated from Eastern High School. She married Paul McCashin in 1954 and they lived in Takoma Park for many years. Barbara was employed with the Department of the Navy and later as a supervisor with the Department of Agriculture in the Food Safety and Quality Service Department. Barbara was a member of Grace United Methodist Church. She was also an election judge in Takoma Park for many years. Barbara loved spending time with her family, especially her grandchildren and was very involved in their lives. She volunteered with the Girl Scouts and Calvert Marine Museum. In her spare time, she enjoyed dancing, aerobics, yoga, playing Mahjong, traveling, going to the beach, and her dogs. Barbara also thoroughly enjoyed traveling to her family beach cottage in the Outer Banks and spending time with her close friends.

Barbara was preceded in death by her husband Paul McCashin. She is survived by her children Patricia Kelly Chambers of Annapolis and Kate Dullnig of Reston, VA, grandchildren Elizabeth and Billy Chambers, brother Marvin Allen, Jr. and her companion Timothy Wakeman.

There will be a reception to follow the service.

Kelly and family, so sorry for your loss. I always enjoyed every time your mom and I would cross paths. Even if it had been months, it was always as if we had just seen each other the day before. She always had a smile and joy for her family and living. God’s peace to you.
Ruth Dixon

Katie and Kelly,
I was so sorry to hear about Aunt Barbara she was always a warm and welcoming person to everyone with a big smile and a tender heart. I know how it is to loose someone you love so very much. It seems she raised strong girls that will carry on her legacy. Love you both Terry.

Marvin, sending you much love. We hope you are surrounded by lots of family who you can share sweet memories with.

I miss Barbara every day. She was my constant companion for the past 3 wonderful years. I will miss her dearly

Kate and Kelly,
It saddens me to hear about your mom’s passing. Chris and I loved having her as a neighbor for all of those years living in Drum Point. She was a very nice and caring person. We will really miss her. Sending prayers for you and the family through this sad time.

Dear Kelly and Kate. I am so very sorry for the loss of your mother. I know you will miss her every day. She was a wonderful person and friend. RIP Barbara

Dear Kelly, Katie, Liz and Billy
Your mom was loved by so many people and will be truly missed. Our thoughts and prayers to all of you for peace and comfort. So sorry we can’t be there with you on Saturday.
Love always
Sherri and Bob

Ms. Kelly, We are sadden and very sorry for the loss of Ms. Barbara.
She was a kind and gentle soul, she always had a smile and made you feel welcome.
Our heart and prayers go out to you and your family, may you find comfort in memories.
Rest in Peace Ms. Barbara, until we meet again. Lilian and Johanny

Kate and Kelly,
I love your Mom! Your family is truly my family. I pray, during this time of sorrow, you find peace.

We were so very sorry to hear of Barbara’s passing. We always enjoyed visiting with her and pampering Oscar at our shop. Thinking of all of you during this difficult time. We will miss Barbara.

Livia (Livie) Foley ,
Barbara was my boss at USDA for years. We had so many fun times and continued since we both retired at the same time. I will miss her phone calls and seeing her. My thoughts and prayers are with the family.
Love Livia

Katie and Kelly,
I’m so sorry to hear of your mom’s passing. She was a wonderful friend and we had alot of great times over the years. Our thoughts and prayers are with your family, and hope you find comfort in memories.

Im so sorry to hear of Barbara’s passing. She was such a kind sweet lady. I will miss her.
Lori Jimney