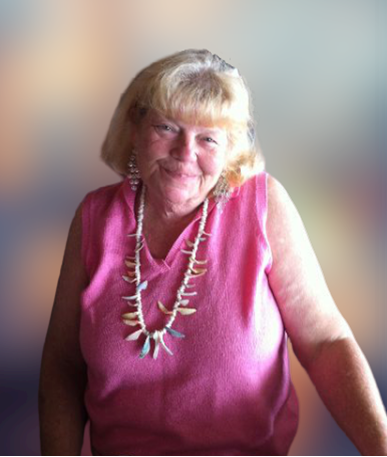 Barbara Eversfield Shields, 66, a longtime resident of Tracy’s Landing, MD passed away February 6, 2020. She was born on July 24, 1953 to the late Donald and Peggy Eversfield. Barbi was raised in Fairhaven and attended Tracey’s Elementary and graduated from Southern High School. She loved living on the family farm and being a part of the bayside community. She enjoyed visiting with friends in the neighborhood and going for walks on the farm and beach. She was also notorious for spontaneous road trips. She had a great passion for animals throughout her life, in her early years with horses and always owning at least a dog or two.

Barbi always liked staying busy and generally had several projects going at a time. Most notable though, was her love and admiration for Veterans. She volunteered, visited and advocated endlessly on their behalf. She lived to help others and would gladly take up any worthy cause or challenge.

After 18+ plus years of service, Barbi retired from the Maryland General Assembly.  She was the Chief of Staff for several Delegates and Senators. Every representative was special to her; however, her fondest time was working for Senator Roy Dyson.  Her famous saying was, “I was there at the best of times.”  They remained close friends in their retirement.  Prior to working in the Senate/House of Delegates, Barbi was the Chief of Staff for Calvert County Circuit Court Judge Thomas Rymer (deceased).  She admired him deeply and treasured their friendship.

The family would like to express their deepest gratitude for the incredible compassion and care demonstrated by the nurses, aides and staff at HeartHomes of Piney Orchard and Gilchrist Hospice. As well as all of the guidance, love and support from her many friends and extended family for which we are eternally grateful.

A memorial service will be held on Saturday, February 22, 2020, at 11:00am at Rausch Funeral Home in Owings, with a reception following in Fairhaven. In lieu of flowers, the family has requested that memorial contributions be made in honor of Barbara to Charlotte Hall Veterans Home at the address and link below.

To know Barbi is to know somebody really special. She has brighten up so many lives. I truly miss my BFF. Rest in peace girl friend. I will always treasure the fun times we shared. This world is a nicer place because of you. God truly bless me with you friendship.
Debbie

Donald, Susan, Mikaila, Vic,
Barbi fought the good fight as all who went to see her know, but we also knew that she could not continue on the path she followed. She is at peace now and regardless of our individual beliefs, all of us know she is out of pain wherever we believe she may be. On behalf of one of her favorite places, Charlotte Hall Veterans Home, thank you for the request in lieu of flowers. Any and all donations will serve our veterans well in her honor.
george

Although you have gone away, my love for you will always stay the same as it was before you went and knocked on heaven’s door. I will miss you dear friend. We had a many laugh and enjoyable times together! My heartfelt sympathy to all of your family.
I am sorry that I wasn’t able to visit Barbi during her illness and, due to a prior commitment, I will be unable to attend the service. Please know that I will be with you in spirit.

Our entire family was blessed by knowing Barbi. She was thoughtful, compassionate, had a wonderful sense of humor, and was a perfect example of a true friend.

Barbi was a special lady. We appreciate her special compassion for her family and friends, her husband Billy Shields, including his extended family. She was the glue that helped overcome broken “step” situations and we admire her deeply. She had a great sense of humor and remarkable caring nature for all creatures. Our thoughts and prayers go out to Donald, Susan and Mikaila as well as her brother Vic.

Barbi was one of our favorite people. She was a kind and fun loving. She was generous with both time, money and whatever support was needed. Barbi certainly did enjoy her spontaneous road trips, and we enjoyed her visits to Lewes. She was a wonderful wife to Bill, and brought him back to the family fold which was so important to the Shields clan. She raised a wonderful son, Donald, of whom she was so proud. May his lifelong memories serve to keep Barbi in his heart.

I will miss Barb so much. Barb came into our lives when my brother Billy was in a very sad place in is life. She pulled him out of his depression and saved his life and I will always be indebted to her. She loved her family and friends and would do anything for them. I know you are with Billy and all your fur babies playing fetch on the beach. RIP my sweet friend. Donald, Susan and Mikaila our thoughts and prayers are with you.