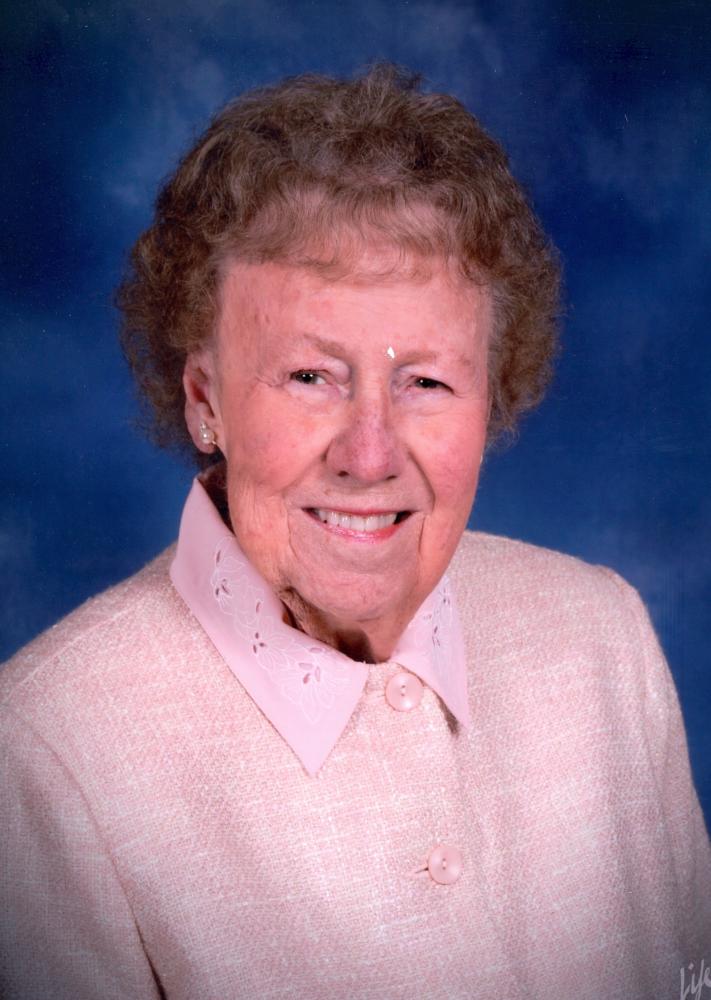 Isabelle Alberta Moreland Watson,94, passed away August 22, 2020 at Washington Hospital Center in the District of Columbia. Alberta was born February 17, 1926 in Dunkirk, MD to James Albert and Martha Jane Isabelle (Griffith) Moreland. She attended the former Fairview School in Chaneyville, and graduated from Calvert High School in 1942. She went to Strayer Business School and then worked for the Internal Revenue Service from 1943 through 1947. On September 14, 1946, she married Murray Vernon Watson. They had one daughter and were married for 60 years. She was a devoted wife and mother, and enjoyed flowers, music, and being active in her church. She is survived by her daughter, Jane Murray Watson of Dunkirk, special friend Donovan Foster of Edgewater, nephews Jamie Fowler (Eileen), Bill Watson, and Steve Watson (Debbie), all of Dunkirk, great nieces Dana Langley (Larry) of Prince Frederick, and Tiffany Nickels (Rich) of Owings. She was preceded in death by her husband Murray V. Watson, and her sister Genevieve Fowler. Funeral services will be held at Rausch Funeral Home on August 29 at 11:00 A.M. The officiating minister will be Rev. Walter Beaudwin. The interment will be at Southern Memorial Gardens. The pallbearers are Donovan Foster, Bartley Wood, Terry Nobles, David Nobles, Tommy Miller, and Billy Barnes. Memorial contributions may be made to Smithville United Methodist Church.

Dear Jane my heart and prayers go out to you. Mrs Watson was a wonderful lady and will be miss by everyone who had the pleasure of knowing her.

Dear Jane, with love and friendship I share in your sorrow! Heaven has gained a sweet and beautiful angel. May God Bess you and lead you. ❤️

Dear Jane and Family, It is with sincere sympathy that I offer my prayers and condolences for the loss of your dear mother. May God comfort you and your loved ones in the days ahead and give you abundant peace.

Jane,
Linda & I send our deepest sympathies to you on the passing of your Mother. I have many fond memories of visiting your family when I was a younger man. Your Mother & Father were kind, loving people who helped to make Dunkirk the community it is today. Sincerely,

No matter how old we are, it’s never easy to lose a parent. My thoughts and prayers are with you as you grieve.

Dearest Jane,
Sending all the beautiful things to you and your family. Many prayers, hugs and love to sustain you as you heal broken hearts.
xo
Ginny Roth