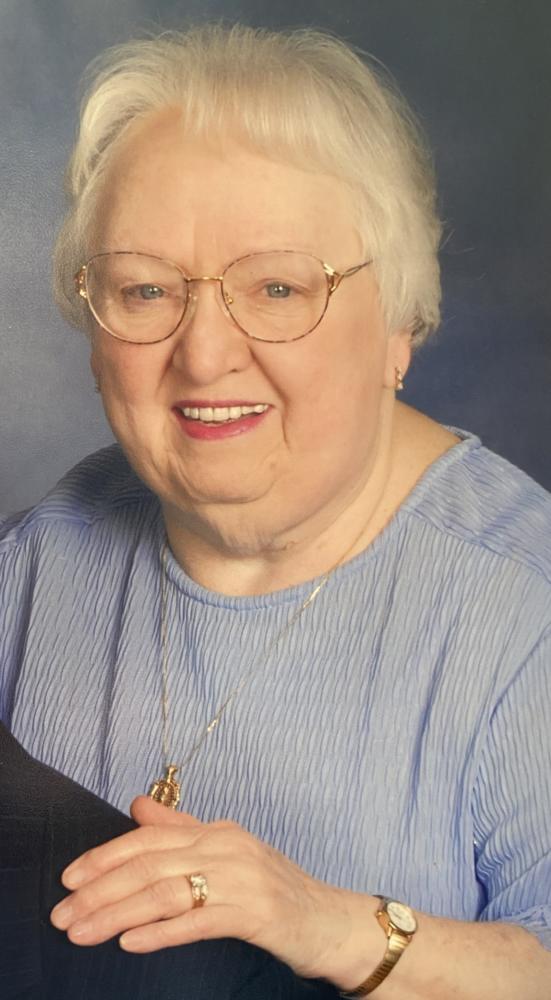 Reba Jean Plotts, 81, of Owings and formerly of Huntingtown and North Beach passed away September 17, 2021. She was born December 5, 1939 in St. Albans, WV to Van Buren and Alberta (Ward) Shepherd.

Reba’s father was a coal miner and also worked for the railroad. Reba told her family lots of stories of growing up in West Virginia. She was the middle child of eleven and with such a large family, there was always work to do. But there was lots of love and fun too. Reba often said that as a child, she loved being in the kitchen with her mom, and sitting with her, learning to sew. She also talked about attending Sunday School growing up. She loved going to Church and she loved singing at Church. Her family fondly remembers “Mom Mom” (as she is called by her grandchildren) singing in the kitchen and around the house, not only the Sunday School songs she learned as a child, but she also loved Country music, and she would sing those too. A favorite that her grandchild, Christy, remembers is “Rockin’ Robin.”

Reba graduated from Clear Fork High School in Colcord, West Virginia in 1957. Reba was voted “Best Citizen” of her senior class. She was the Managing Editor of the yearbook, a member of Future Homemakers of America, and a member of the Homecoming Court as an attendant to the Queen.

Upon graduation, Reba left West Virginia, and moved to Washington, DC to work as a keypunch operator for the CIA. This is where she met her future husband, Edgar Wallace Plotts, Jr., “Eddie” to Reba. They married on June 16, 1962 and moved to Oxon Hill, MD.  They lived in various towns in Maryland in their first years of marriage. They had two girls, Stacie and Toni. Reba continued to work after Stacie was born, but once Toni came along, they decided Reba would stay home to take care of their girls. While the girls were very young, Eddie’s work took the family to Homestead, Florida, where they lived for a few years prior to returning to Maryland and settling in Huntingtown, in Calvert County in 1977. Many happy times were shared during their many years in Huntingtown, and so it was a bittersweet moment when Reba and Eddie sold the home in 2016 and moved to a condo on the shores of the Chesapeake Bay in North Beach, MD.

Reba’s husband, daughters and grandchildren remember her as a very loving and wise woman who dedicated her life to others. She loved children, and though she never returned to traditional work, she cared for several of her grandchildren and friend’s children while their parents worked. She served her community. As a member of Emmanuel United Methodist in Huntingtown, she joined the Women’s group and used her cooking and sewing talents to benefit Church events and projects such as making blankets for the elderly in nursing homes. She also volunteered as a board member of the local food pantry. But most of all, she devoted her life to taking care of the family she loved, and she will be greatly missed.

Those left to cherish her memory include:

I offer my condolences to the family of Reba.
She was a babysitter for my daughter.

So very sorry for your loss. May she rest in heavenly peace. Sending prayers to you Ed and all your family.

I offer my condolences to the family of Reba.
She was a babysitter for my daughter.

So very sorry for your loss. May she rest in heavenly peace. Sending prayers to you Ed and all your family.